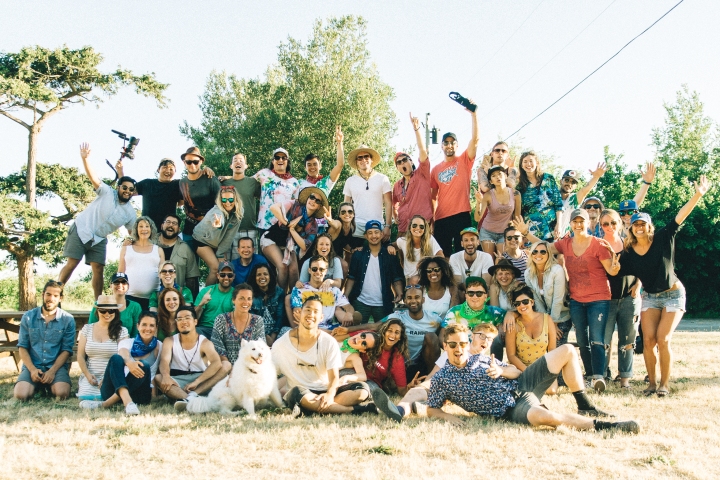 Omg you guys, hi. Hiiii. Remember me? It’s been forever, I know.

I’m finally back in Seattle and home for a hot minute. I wrote my last big life update post at the beginning of this month, right after my massive two week adventure from California to Canada… It feels like I haven’t actually “been home” since I left for SXSW way back in March, which is insane. For a while I actually stopped unpacking and instead just opted to keep my stuff travel ready while I was in town. It was weird, but that’s what happens when you’re only “home” for 3-4 days at a time. Basically I’ve been living out of my suitcase(s) for the last 3ish months… and have literally been out of town, offline, and on the go since mid-May.

Now, a moment of silence (and glass of wine) for my sanity – I can explain where I’ve been if you just give me a minute or five years of your time. Let’s take a deep breath (a sip, too!) before I dive in to the hot mess that is my life. Namaste.

SCB IRL: Keeping Up With The Betch.

So, I first left in May to spend a few days in San Francisco before driving out to cover Lightning in a Bottle over Memorial Day Weekend… After that, I drove back and spent a day in LA. From there it was off to Montreal for five days with DSP, and I got back from that on Monday (June 1) then turned right around and left for Camp RAHH! which was over the first weekend in June.

We gave up our phones in exchange for a weekend of fun and disconnected bliss… Camp RAHH! is a digital detox/urban retreat experience, AKA the adult summer camp of your dreams. I’m serious. Three days of no phones, no responsibilities, nothing – it was summer camp circa ’95 in 2015. It was amazing.

Camp was definitely one of my favorite weekends in recent memory, and not only because we were sober so I could remember it all. I’m waiting to get my disposable camera photos back and then I’ll be posting about it! In the meantime, peep the teaser video that just came out – you should spy me twice.

We got our phones back and immediately I had to get reconnected to the real world, try to catch up on work, and get my life together before the end of the week when I left again – this time for Splash House (June 13-14) in Palm Springs.

HIGHLIGHTS: I finally saw my musical heartthrob TÂCHES play a set IRL and danced to my icy little heart’s content – we caught his after hours set Saturday night as well as poolside on Sunday… I’ve been waiting to see him for-fucking-ever. Of the three hotels, Saguaro (was something I pronounced wrong the entire first day. Who knew it was sew-wuaro and not sug-wah-roe? I mean, really. Not me – clearly) was easily the best pool/dance floor… We went over for AMTRAC on Saturday, it was lit. And Lauren Lane (above, playing @ Hacienda) was fun to see again since I’ve only heard her spin once before at a Decibel after hours showcase last year.

I went to Splash House with Disco Shark Prince and all his friends (college prepared me well for this type of thing, luckily). It’s debatable to call this a “music festival” per se as it was really just three pool parties with great music in the hot as fuck desert, but I did have fun and got a great tan so not even complaining.

K… Is everyone still with me? Promise we’re almost caught up. Come Monday (of last week), it was back to LA to work – and play.

So, it’s Monday night… We’re back in LA, watching the season finale of Game Of Thrones – not that I’ve ever watched an episode before, but it’s fine. I do this with TV shows a lot: watch a current episode and then take it upon myself to binge watch the previous seasons and catch up because I’m obsessed. True Blood, Revenge, Scandal, and now GoT. It’s casual. Point being: I am so confused right now, you guys have no idea. I’ll be back to talk about this once I start at the beginning… Remember when I live tweeted Scandal like, two years behind everyone else?! That was fun, right? Right? Fine. You can walk home, bitches.

Anyway. Tuesday night we went to the USC football field (???) into a giant dome for the #dotparty, where Skrillex played and DJ Snake was the surprise guest… Sooo basically if you could block out the music, the production was cool. I got white girl wasted off white wine because Skrillex and DJ Snake, but still.

PS. This is important – don’t let me forget to film a YouTube tutorial with my tried and true tricks for how to do makeup so you don’t look hungover! This was a brilliant idea I had while getting ready the next morning. Once I made myself up to look alive, I spent Wednesday exploring LA and then posted up at the cutest spot, Fix Coffee to do some work – like find a place in LA to live???

Yes, you read that right – me, find a place… to live… in Los Angeles. I know, I know. What the actual fuck is going on with my life?! It’s real, it’s true, it’s happening: I’m selling the Bungalow and moving to Los Angeles.

So, just know that while I’m betching my way through life (or so it might seem) that this groundbreaking, life changing situation was lingering in the back of my head and literally waiting for me at home. It feels cliche to “announce” this on my blog, but I can’t think of any better way to tell all the people I want to know…

I originally planned (in my head) that I’d sell my house and relocate next year/sometime in the spring, but as life never goes according to plan – now is the most opportune time to list my house and start making moves down there… It’s the kind of thing where I don’t have control over the timing, it just needs to happen. Bonus timing stress: we moved the listing and my open houses up a week (to tomorrow, Saturday, and Sunday). Needless to say, I literally haven’t had much time to process this reality until I actually got home to deal with it.

I mean, I was seriously going insane trying to keep quiet about it… PSYCHO. But, as you now know – I’ve had so much going on that I haven’t even had the time to give it much thought, besides wanting to move the process along while I was gone in an effort to not get in my own way. Everything was going to be fine, or so I thought – until I made the mistake of letting my house be “staged” (with my existing stuff) and photographed for the listing… I came home to a space that didn’t look or feel like the one I called home. Cue the psycho white girl to have an anxiety attack. It was not pretty, and I was not at my best. I felt alone. Nothing was how I expected it to be, I was mad and I was overwhelmed and I was tired and… I was about to go completely psycho.

So… What does a betch in the middle of a meltdown do to get a grip on herself?

I Was Gonna Have A Panic Attack, But Then I Got High.

No, but really. I was going to lose my fucking mind but then I rolled a joint, smoked it, and got over myself. Then, I re-rearranged everything that had been moved around my betchelorette pad for the shoot and literally burned off my stress and emotional angst thanks to the flower power of mary jane. Speaking of flowers, mine are thriving! The stone cold secret garden is in full bloom. 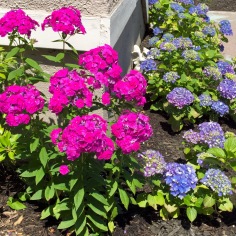 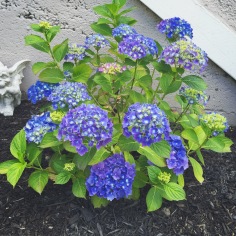 By the time I organized everything back to an acceptable state of queen chic, I was ready to be excited about what was coming for me instead of dreading the possibilities.

I realized that my fear/dread and the resulting anxiety I’ve been dealing with since last week about all of these changes came from the fact I was unprepared and not on top of my life… I felt out of control. I pretty much spend my life making sure this never happens because I hate feeling that way so much, but here we were… Point being, I had gotten comfortable with my situation, and I could have avoided my meltdown. Complacency is a killer.

In reality (and a more chill state of mind), I’m beyond excited for this next chapter of my life. It’s a little overwhelming being in the midst of so much chaos, but it’s a good learning experience for me – obviously. I’m trying to let my inner psycho go and not let my anxiety get the best of me, but as I’m sure many of my readers know this cute idea is much easier said than done.

I’m trying to the best of my ability to get caught up on work, life – SLEEP, and still keep my head above water. I’m trying to see this all as an opportunity to grow and challenge myself, rather than an inevitable death trap for anxiety and self-loathing… I’m sure a lot of you have been through a similar situation at some point and know exactly how I feel. I don’t want people to think that just because I’m not posting or that what you see on a screen means everything in my life is always pretty… I fuck up all the time, and have doubts about what I’m doing in life on the daily.

I think my silence on the blog has largely been because I’ve been struggling with my own shit, and not knowing how to say everything I just did, kept me from saying anything at all. I make jokes about having anxiety, calling it my white girl problem because I feel like people won’t take me seriously if I admit that it’s actually something I struggle with – but it is. And talking about struggling with it definitely helps me work through it, but sometimes my desire to deny I have anxiety makes writing through it as painful as pulling teeth… It’s a vicious cycle.

Also, can I just say it’s beyond humbling to sit and think back to when StoneColdBetch was nothing but an idea and a blank Twitter account… It was once just a place for me to stand on a soapbox no matter who was listening, and now I feel like SCB is a community. I truly appreciate being able to sit and type my thoughts out and not feel like people are going to leave a rude comment or judge me for being who I am. I am me, out here trying to become the best me I can be.

That’s all for now… We’re officially caught up on my ironic white girl life. If you’re still reading this – thank you for being my internet friend and kicking it with me as I go after my dreams. Love you, mean it.