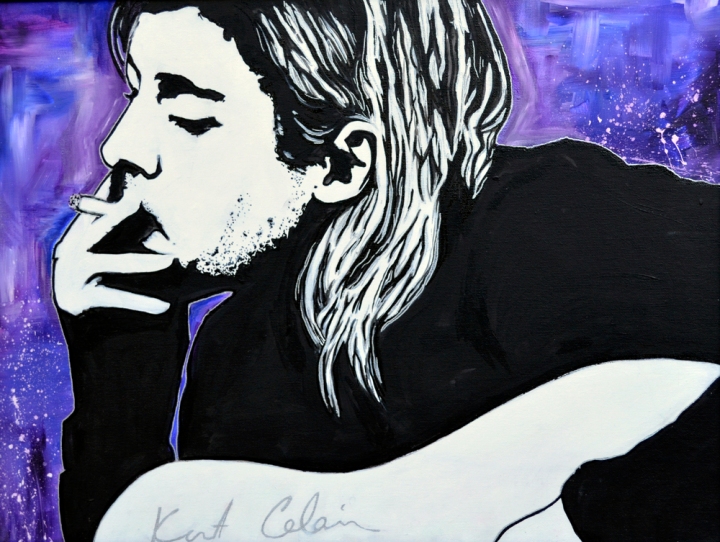 today i was taking a lake drive (if you’re a seattleite you will totally appreciate my choice move on such a beautiful day), and the street happens to take you right past the house where kurt cobain committed suicide at… i decided to stop and head up to the park right next door and stop by the bench that’s essentially the “momument” commemorating the incident. i know i have a fair amount of followers on my twitter who love him, so it sounded like a fun afternoon adventure. i haven’t been there in a minute and it was on my mind as i was driving bc he’s featured on a piece a homegirl i follow made, and i saw while drooling over her marilyn and lana prints. peep her shop – all of her work is dope. february 20 is his birthday, which means people will still gather over there – also on the memorial of his death. i think it’s typically like a candlelight vigil-esque gathering, from what i’ve seen in past years. so, this is just a piece of seattle i wanted to share – i know people will appreciate it, and more should get to see. enjoy. 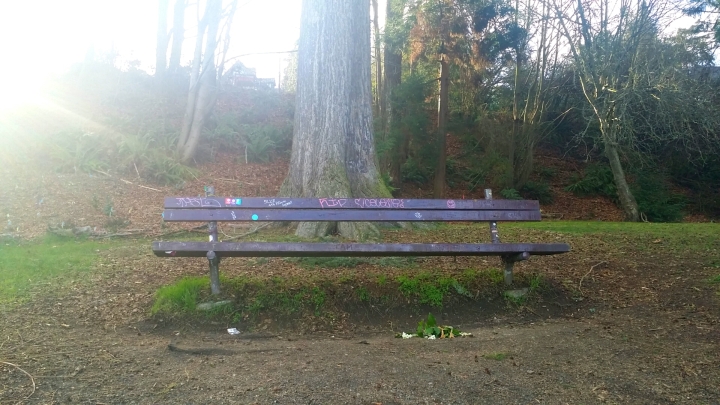 that bench is so heavily engraved with years of people just bleeding out emotions and memory for him. it’s hard to see but the middle of the bench reads, “gone but never forgotten” and there’s just a ton of signage and carvings. you can see in the view of bellevue and the eastside from the back of the park that there are even some letters and bits of paper wedged into the bench itself… it’s normal to drive by and still see people up there, paying their respects… it’s just an amazing little spot where his memory feels very much alive.